LLW Not Permitted in Any Legal Sportsbook in PA

No Chance of Wagering on Little League World

But there are some events where you cannot place your wagers. These include sports betting activities, which are prohibited by the PGCB [Pennsylvania Gaming Control Board], and high school athletic events that the Pennsylvania Interscholastic Association governs.

Apart from that, you also cannot bet on amateur athletic events rather than collegiate athletic events. So, it’s official that you cannot legally wager on the Little League World Series from anywhere within the United States.

The Little League World Series started in 1947 and is hosted by South Williamsport in Pennsylvania. Because of the increasing cases of the Delta variant, the general public will not be allowed to attend the event at the Volunteer Stadium and Howard J. Lamade Stadium. Apart from that, the spectators are limited to volunteers, coaches and families.

From LLW to Professionals: Legends to Play At LLW!

There is a list of individuals who have played at the LLW before and are currently a part of some of the best teams within the country. Here are some of them.

Players from Pittsburg Pirates who played in LLW

Players From Philadelphia Phillies Who Participated in LLW

People are pretty excited to watch the LLW Series, which will surely take place in August. Although individuals are not permitted to enter the stadium, there will be no sports wagering available for this particular series on any regulated betting site. 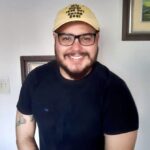 Andy Brown
[email protected]
His primary focus is on the regulated US online casino and poker markets. Andy is a skilled recreational gambler for more than 11 years.